A downloadable game for Windows, macOS, and Linux

Welcome to a future where contestants take control of tanks to shoot each other for the enjoyment of the audience!

Play via hot-seat on the same computer, across the LAN for old school fun, or search for others online via match making!  The last one will be more effective if you tell your friends to get on there to play too. ;)

Customize your tanks for a mismatch of different looks, hats and a unicorn horn included.

Snarky comments from the tanks built in.

Made with the help of the fine folks at http://gamkedo.club:

Tylor Allison:  Network code, Lobby UI and code, loot box model and code, game chat, player listing in game (UI and whos turn it is), ammo lister (UI and which one you have selected plus custom name mapping), voronoi player spawn location generation and voronoi terrain generation, player model customization, and probably something else I forgot

JL Evans:  Awesome voice overs!  BarkManager (code to add specific VOs for specific ammo and to ensure they are random and don't repeat until all are done), MushBoom and Beet Missiles (particle effects, model, and code for handling special effects for both), arena sand textures, writing one-liners

For the Mac version: unzip and run the singed_dirt.app file.

For the Windows version: unzip and run the singed_dirt.exe file.  Note: make sure it's in the same directory as the data directory (but not inside of it!).

For the Linux version: unzip and run the singed_dirt.x86 file.  Note: make sure it's in the same directory as the data directory (but not inside of it!). 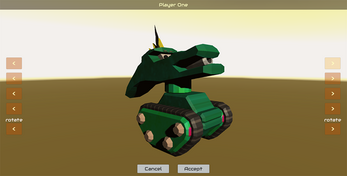 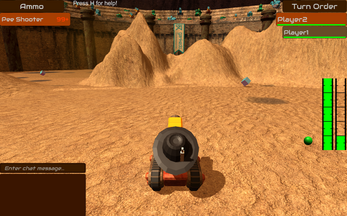 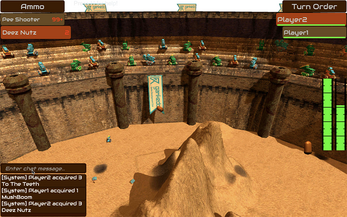 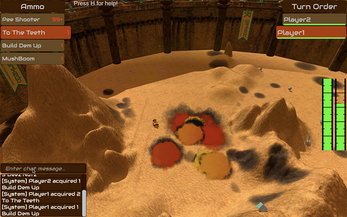 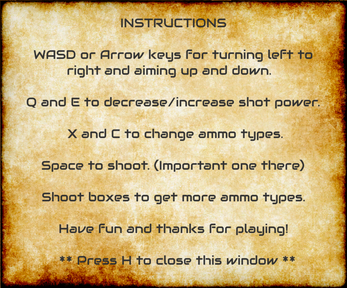 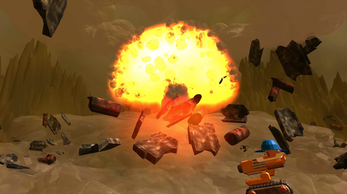